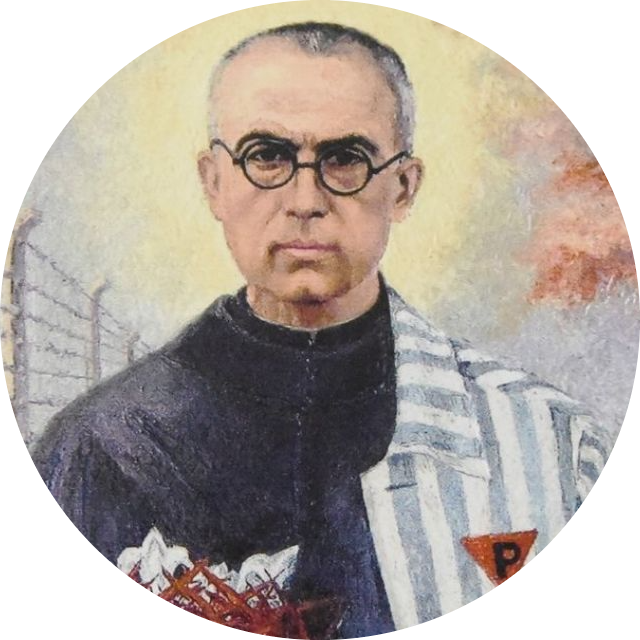 Courage and sacrificial love mark the life of St. Maximilian Kolbe. He became a priest of the Franciscan order. Dedicated with evangelization, he published a magazine to teach the Catholic faith and encourage devotion to the Blessed Virgin Mary. During the Nazi occupation of Poland, Fr. Kolbe was arrested and sent to Auschwitz. One day a prisoner escaped from the camp. The Nazi punishment was harsh. For one escapee, 10 must die in his place. The guards picked 10 men at random. One began to beg for his life on behalf of his family, and another man stepped forward and offered to take his place. Fr. Kolbe was sentenced, along with the other nine men, to death by starvation. For this “martyr of Auschwitz,” a life of devotion culminated in one heroic, Christlike act.